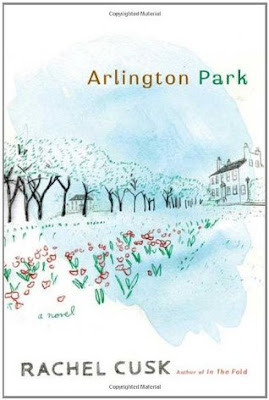 What makes Cusk such a relevant and important writer are the many themes running through her books also run through our own lives. She is holding a conversation with us about what we face as human beings in a changing world, leading us as though we are in a library literary club. The questions she raises are as difficult as life itself but it is not necessary we respond straight away. She’d prefer we went home first and think about what she has written.

Years ago I attended an early conference on Women in Literature. One of the books we discussed that day was Sarah Orne Jewett’s Country of the Pointed Firs. The main character was a young girl who expressed her moment of her independence and discovery by climbing an enormous fir tree. Despite having been a sporty tomgirl all my life to that point, I said I found it difficult to conceive that a girl/woman would express her independence by such an act.

A grizzled white male emeritus professor there to make sure these women didn’t foment revolution scoffed “What else would she do? Bake a cake?” At that time I was sufficiently young to be embarrassed. I attempted to appease him with “no, no, of course not” while my cohort, older and more articulate women than I, quickly took up the gauntlet.

I recount this story because in fact, baking a cake—being in the kitchen at least—is exactly how the women in Cusk’s world discover the cracks in their lives and begin to assert their independence.

The final scene in this book is a dinner party, something Cusk reimagined and expanded upon in a later book Transit, the second of a trilogy of books using a new type of narrative structure. Readers are sure never to want to go to another dinner party in their lives after reading the bush fires these turn out to be.

The action in this book looks into the lives of several couples as they navigate one particular Friday. We are not surprised to see the strains between couples, and we aren’t really surprised to see the nosy attention paid to the kitchen expansion of one mother who'd invited a few moms for morning coffee after dropping the kids off at school. Other moms going in a group with their little ones to shop for clothes at a local mall are a chorus of catty compliments and confused despair. The day expands from there, breaking off to capture Solange, pregnant with her fourth, who rents out a bedroom to local foreign students.

Perhaps the best set piece is a description of the actual Arlington Park in the manner of Bruegel the Elder: each park visitor is painted in their individuality and their intent, even dogs, and we revel in the mad color and symphonic chaos of it. The choice of actors, the wash of rain on the pavement, the sound of crying children, barking dogs, running feet, shrieking teens—this is the fullness of Cusk.

Cusk does have something to say about marital love but mostly we watch, poleaxed, while these unappealing folks strain to live well in their comfortable distant suburb two hours west of London. Money and stature hasn’t really given them any special grace, but is a sort of blind into which they stumble, surprised to discover the payoff always was illusion, like the fronts of Arlington Park houses compared with the back. What they’d needed for the good life had been with them always; it had just needed to be excavated, nurtured, cherished.

In the final scene we go deep into the mind of the dinner party hostess, Christine Lanham. Events unfurl from her perspective, but the wine in her glass flows too freely for readers to lean too heavily on her say-so. Important questions are posed but left for the reader to answer. The characters in Christine’s world sound a lot like the ones in our own. Standing back and looking on might give us the perspective we need to be able to think…about all of it.

An interview with Cusk by NewYorker staff writer Alexandra Schwartz about Kudos has been published by Farrar, Strauss, & Giroux. Below please find reviews of Cusk’s other work.