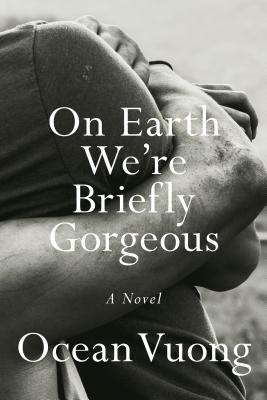 This work is called a novel but it is a ball of flame tossed into a dark night, blinding, brilliant, searing. Who knows if it is poetry or novel or memoir; the language fills the mouth and is saturated with truth. We recognize it. We’ve tasted it. We are pained by it. It still hurts.

The story is clear enough but fragmentary. In a Nov 2017 LitHub interview, Vuong tells us

”I’m writing a novel composed of woven inter-genre fragments. To me, a book made entirely out of unbridged fractures feels most faithful to the physical and psychological displacement I experience as a human being. I’m interested in a novel that consciously rejects the notion that something has to be whole in order to tell a complete story. I also want to interrogate the arbitrary measurements of a “successful” literary work, particularly as it relates to canonical Western values. For example, we traditionally privilege congruency and balance in fiction, we want our themes linked, our conflicts “resolved,” and our plots “ironed out.” But when one arrives at the page through colonized, plundered, and erased histories and diasporas, to write a smooth and cohesive novel is to ultimately write a lie. In a way, I’m curious about a work that rejects its patriarchal predecessors as a way of accepting its fissured self. I think, perennially, of Theresa Hak Kyung Cha’s Dictée. This resistance to dominant convention is not only the isolated concern of marginalized writers—but all writers—and perhaps especially white writers, who can gain so much by questioning how the ways we value art can replicate the very oppressive legacies we strive to end.”

The novel he speaks of is this one. I did not understand that paragraph when I first read it as well as I do now. I am more aware, too, having looked closely for the Western world’s acknowledged historical tendency to erase or ignore pieces of experience not congruent with their own worldview.

The language Vuong brings is exquisite and extraordinary: “The fluorescent hums steady above them, as if the scene is a dream the light is having.” “…the thing about beauty is that it’s only beautiful outside of itself.” “The carpet under his bare feet is shiny as spilled oil from years of wear.” “…repeating piles of rotted firewood, the oily mounds gone mushy…” “He had a thick face and pomaded hair, even at this hour, like Elvis on on his last day on earth.”

Vuong repeats motifs to tie the experiences of one person to the rest of his life, to tie one person’s experiences to those of others: “I’m at war.” “We cracked up. We cracked open.” “…you never see yourself if you’re the sun. You don’t even know where you are in the sky.” “…my cheek bone stinging from the first blow.” “I was yellow.”

A teen, immigrated to the U.S. from Vietnam with his mother, grandmother, and aunt finds himself fleeing his “shitty high school to spend [his] days in New York lost in library stacks,” from whence he, first in this family to go to college, squanders his opportunity on an English degree.

The teen discovers his gayness and does not flee it, though his white lover agonizes and denies all his life. We watch that boy fall, wither, die under the scourge of fentanyl and opioid addiction and Vuong places the scourge in the wider context of an awry world.

Despite (or perhaps because of) the fragmented, shattered nature of the tale, there is a real momentum to this novel, Vuong telling us things not articulated in this way before: a familiar war from a new angle, the friction burn of the immigrant experience, the roughness of gay sex, the madness of living untethered in the world. The language is so precise, so surprising, so wide-awake and fresh, that we read to see.

Last year, in September of 2018, I reviewed Vuong’s first book of poetry, Night Sky with Exit Wounds. The poems had many of the same tendencies toward epic poetry—they were big, and meaningful. Below I have attached a short video of Vuong reading from that collection to give you some idea of his power.

Among his honors, he is a recipient of the 2014 Ruth Lilly/Sargent Rosenberg fellowship from the Poetry Foundation, a 2016 Whiting Award, and the 2017 T.S. Eliot Prize. He is an Assistant Professor in the MFA Program for Writers at the University of Massachusetts at Amherst. He is thirty years old. 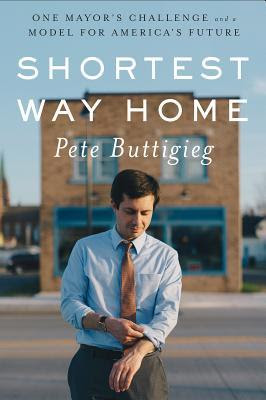 Since beginning Buttigieg's book, I have travelled across the country and spoken with lots of folks outside of my usual cabal. Nearly everyone I spoke with had heard of Buttigieg, current Mayor of South Bend, Indiana, running for President as a Democratic candidate. Only one of the people I spoke with mentioned his homosexuality as a reason for his possible failure to connect, and the same person was also skeptical about his age.

Buttigieg himself would remind voters that his age has been the thing that conversely has energized people, particularly older voters, who recognize that their generation left his generation with a big problem when it comes to climate change. Older people who have no stake in what will come are unlikely to move the needle as far and as fast as it needs to move. Time to step aside and hope for fresh ideas. At least that is what Buttigieg is peddling.

When I listen to him talk, I agree. I just want all the old men and women who have left both parties in a shambles with attempts to hold onto power (What power do they exhibit, may I ask? It’s positively derisive.) to leave the stage asap.

This book is easy enough to read, though does not rank with Barack Obama’s Dreams from My Father which broke the mold on literary presidential memoirs. Truthfully, I picked up the book in the midst of an infatuation with Buttigieg’s calm sense and blunt assessments, and before I finished, I felt the bloom had left the rose. I still admire him and definitely consider him a frontrunner but I am not infatuated anymore. This is a good thing. I go into my support of his candidacy with a clear head.

Buttigieg is genuinely talented in languages, and it makes one wish we learned what he did from his linguist mother. One of my favorite of his stories is when he told Navy recruiters that he’d studied Arabic in hopes of landing an intelligence job at a desk somewhere and they wrote down that he’d studied “aerobics.” That is classic SNAFU.

Buttigieg describes the feeling at rallies for presidential candidates Bernie Sanders and Donald Trump. The two rallies had the ambiance of a party, but while Bernie’s parties seem joyous and goofy—Bernie with the finch, Bernie riding a unicorn, buttons featuring glasses and hair—Donald Trump’s parties have a edge, like a party where “you’re not sure if a fight will break out.” This is good storytelling. We know exactly what he is saying and can feel the roil.

What kills me about Buttigieg is that he is so quiet about some of his biggest accomplishments, e.g., he applied for a Rhodes scholarship and got it, he decided to run for president and he is a frontrunner. He doesn't thrash about explaining his calculations: a nobody mayor of a small city calmly and quietly declares an exploratory committee and begins criss-crossing the country before anyone else has even thought to get into the race and captures a lot of press because of his youth and his self-possession.

He could see the Democratic party had lost its way, punctuated by the loss in 2016, to say nothing of the turmoil in what used to be a Republican party. He could see that sitting back and watching ‘the clash of the white hairs’ was not going to advance us because these folks appear bewildered by where we have landed. He thought he could be useful, pointing out the obvious and taking steps to address some of our most urgent issues. Gosh darn it if he isn’t.

“some of the most important policy dynamics of our time have to do with the relationships, and the tension, between state and local government.”

I pulled that quote out for you to see because I think this is something national pundits and talking heads miss completely.

Way back in the 1970’s and 80’s Lee Atwater, a Republican strategist, figured this out and moved to capturing the heartland. That strategy has brought us gerrymandering and court-packing and other state-level indications of one-party dominance. But local governments are finding that counties walking in lock-step to the state does not always work for their particular conditions. There is great inequality as a result of GOP leadership at the state level. What is government about anyway?

A Koch Brothers-funded think tank called the American Legislative Exchange Council is pointed to as generating model legislation for adoption in state legislatures and finds sympathetic state actors to carry the bills.

“Legislation is often nearly identical from state to state—so much so that journalists sometimes find copy-paste errors where the wrong state is mentioned in the text of a bill. Tellingly, by 2014, ALEC had decided to expand its model beyond the state level—not by going federal, but instead targeting local policy through a new offshoot called the American City County Exchange.”

Democrats must be willing to compete in red zones—many times it is only because they are not competing that they have less support.

Buttigieg makes the point that many folks got involved in local and county government as a matter of course in their lives, as one aspect of community participation, and they chose the most organized party to help them on their way. That would be the Republican party. They are pretty inculcated with the party line after a few years, but they may not agree with everything the party posts. That is why Indianans could vote for both Mike Pence and Pete Buttigieg. Voters really can read, think, make up their own minds.

We have to be in it to win it. I am more and more reluctant to declare myself Democrat after seeing some of the shenanigans local, state, and national leaders get up to. But I’ll be damned if I’ll sit by and watch the plotters and weavers poison the well. If ever there was a time to stand up and participate with your voices, now is that time. Choose your issues, decide at which level you can intervene, look to see where you might have some degree of influence, and get engaged. No more cheering from the sidelines.