Understanding the Palestinian-Israeli Conflict: A Primer by Phyllis Bennis 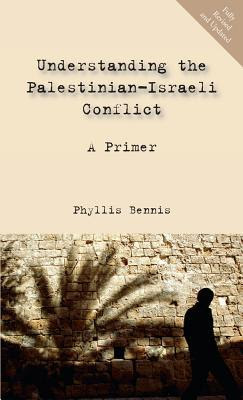 This short handbook can be read in an evening. It really is hand-sized, fitting in the palm. The language in it is so clear, it could be written for a non-English speaker or a school child. It was published in 2007. This subject is so fraught with emotion and intention it is difficult to just get the facts. In fact, this conflict may be the perfect place to begin to understand how "facts" are slippery things. Bennis has an opinion, but she is very good at tamping down the rhetoric and writing quietly.

If you have read any of Bennis’ other works, you will find she tries to answer the most pressing questions people have first. That is, she will try to simply explain why there is fighting, or why suicide bombers appear on only side in the conflict. Her answers will raise more questions, which she tries to answer by going broader in the region and deeper into history. It is an organic method of setting out the issues and has the value of always providing at least a partial answer before we become overloaded with detail. The added benefit is that the questions can be listed, as they are in her handbook, as the Table of Contents.

Bennis’ work is an important addition to the material one will need to read to get some measure of the size and depth and rightness of the Israeli-Palestinian conflict. It’s almost seventy years since Israel was founded. The generation involved in the creation of Israel is dead now. The generation that came after, that built Israel, is nearly gone. We can make judgments now about what those first generations have left us.

Bennis herself is an American Jew. In her youth she was a Zionist, until she actually began to see what happened, what was happening, in the area of land now called Israel. To her credit, she could tell that what she’d learned, and what she was hearing, did not correspond to what she could see with her eyes. When she investigated, she discovered she could make up her own mind about the conflict. Her discussion on C-Span about the origins of ISIS includes, towards the end, a discussion of how she came to see the Israeli-Palestinian conflict. Here is a two-minute clip from that longer piece explaining how she got to her current path.

What the Israelis are doing is illegal. It is immoral, too, but lots of people do immoral things and we can’t stop them. The International Court of Justice in the Hague, however, ruled in 2003 that the Wall Israel constructed in the West Bank ostensibly for its own protection beginning in 2002 is illegal. It cuts off fifteen percent of West Bank land from the West Bank and puts tens of thousands of Palestinians on the Israeli side of the Wall, among other things. Why hasn’t this been addressed in the 12 years since it was constructed?

"The International Court…stated directly that other countries have their own responsibility to pressure Israel to comply with the court’s opinion…The US government quietly criticized the Wall early in its process of construction, but soon dropped the critique and agreed, in direct violation of the Court’s ruling on the obligation of other states, to pay Israel almost $50 million—taken out of the $200 million the US provided in humanitarian support to Palestinian NGOs—to construct checkpoints and gates in the Wall."

Harvard University’s Shorenstein Center has an online Journalist’s Resource from which I gathered the following information:

Since it was founded in 1948, Israel has become the largest single recipient of US foreign assistance — a total of $121 billion, almost all of which has been in the form of military assistance. - See more at: (“http://journalistsresource.org/studie...”)

Why aren’t we tying assistance to compliance with the law? I can’t figure it out. I know that wealthy Jewish donors in the US skew the political process by pressuring candidates to vote sympathetically to their issues by giving them generous campaign donations, and by buying up media sites that send out constant self-serving messages. Is it really that bald? Money? Power? Influence? Geez. Talk about a morality deficit.

Since the history recounted in this short book, the United Nations has granted non-member observer state status on Palestine, and now allows the Palestinian flag to fly at the U.N. These steps were taken despite the U.S. and U.S. allies voting “no” on the resolutions. This book will tell you why this has happened.

It is difficult for even a well-read American to separate truth from falsehood in the history we learned in school and from our own government these past sixty-odd years. We only hear the Israeli voice; Palestine has been almost erased, her people silenced. It takes real dedication for anyone to understand why, in the modern era, millions of people would be forced from their land with no compensation, and then, gradually, over time, lose rights to even the small amount of land they had left from their own holdings.

I feel quite sure that things could have been handled differently at many turns over the years. I wonder how Israelis think their occupation of Palestinian land will end. Does their government think they are going to protect Israelis from harm by this method? Is this the way to live in the world? Americans can hardly claim the high road by their treatment of minority classes in their own country. I think we are seeing how that’s working out in real time.

I am forming an opinion, and it is not what I learned growing up.